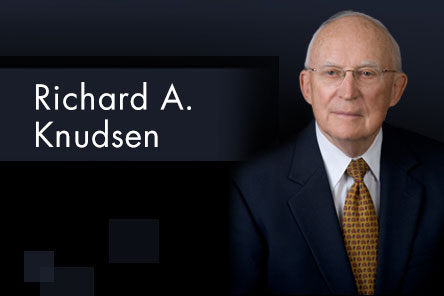 Dick Knudsen continued the law firm’s representation of the Cooper Foundation which was started by Max Beghtol in the 1920s. It was then continued by J. Lee Rankin, John Mason, as well as Wally Richardson. J. Lee Rankin was also elected as an honorary trustee of the board of directors in 1984.