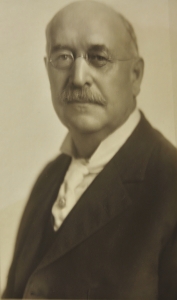 The Honorable Jesse L. Root became a partner in 1912. Judge Root was known for being introspective, scholarly, and giving a firm legal foundation to the rest of the attorneys who placed their concentration on trial litigation. He was highly regarded both for his vast amounts of legal knowledge and his high ethical standards. Judge Root later went on to become a county attorney and a Judge Assisting the Nebraska Supreme Court.