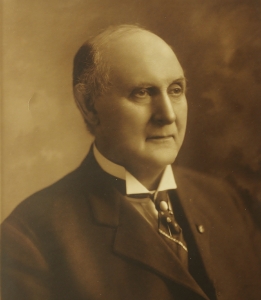 The Honorable Jesse B. Strode is credited with being the original founder of what would eventually become the Knudsen Law Firm in 1881. Shortly thereafter he hired his relative, Edmund C. Strode. The firm quickly started accumulating clients and its members involved themselves in many public positions. Judge Strode became the Lancaster County Attorney and later went on to serve as a District Judge.