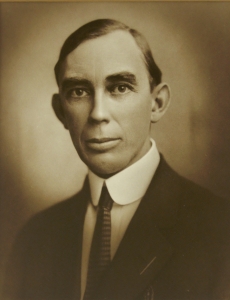 Edmund C. Strode became a partner in 1893. While Edmund was the firm’s leading trial lawyer, he and another attorney, Maxwell Beghtol, were litigating a trial against a man charged with seducing a young woman and impregnating her. During the trial the woman’s brother pulled out a pistol and shot and killed the defendant. Edmund and Maxwell took cover under their desk and were not injured as the shooter was quickly subdued. Edmund also served as the Lincoln City Attorney from 1907-1910.